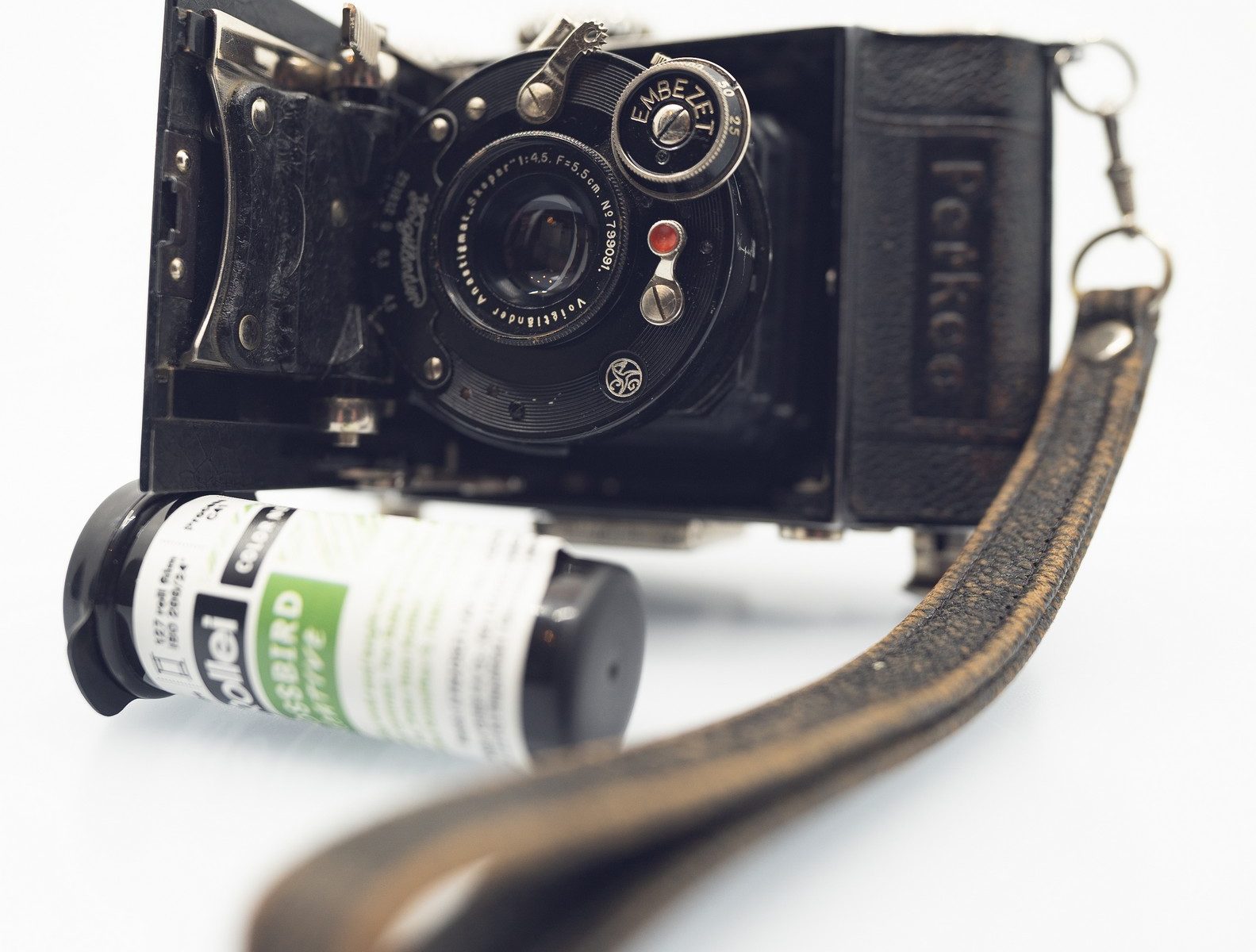 Imagine the world with smoking factory chimneys, black limousines, black bowler hats, white zeppelins. Back to the fantasy of Fritz Lang and the music video of Queen. A world where the Perkeo of Voigtlander saw light.

Everything about this camera is unusual, a curiosity of Voigtlander. The medium format is due to the serial number from 1933, not with the well-known 120 film (6×6 cm shots), but with the ‘new’ 127 (A8) roll with recording format 3×4 cm: 16 photos on one roll. It makes the camera special and rare. It has only been produced for a small number of years and was overtaken by the rising popularity of the famous Bessa I.

The camera is self-erecting. As often with folding cameras, it was available with a range of lenses (all 5.5 cm; slightly longer than standard) and shutters: f/4.5 Skopar in Embezet shutter, f/3.5 Skopar and the high quality Heliar in Compur shutter. There is not much known about the camera, except that it has the same body-mounted focusing knob as the larger-format 1930s folding ‘serie-cameras’ Prominent and Virtus (with Rangefinders), moving the whole lens and shutter unit on focusing rails. It is even apparently possible to set the focus before unfolding the camera. The camera has the same characteristic ‘Flash Gordon’ chunky knurled control knobs as those other two Voigtländer folders. The original model (which is shown) has a folding frame finder on the body.

The Embezet shutter has a fastest time of 1/100 s and can go slower to 1/50 and 1/25, plus T(ime) and B(ulb). Not a luxury, but it is sufficient to take photographs in many conditions. In addition, the Skopar lens has a thread for possible filters. There is also a self-timer and a threaded connection for external shutters. On the top (or is it the bottom anyway?) is a collapsible viewfinder for 3×4 rectangular photos. Furthermore, one of the eye-catching buttons serves to adjust the focus (from 90 cm to 20 metres and infinity).