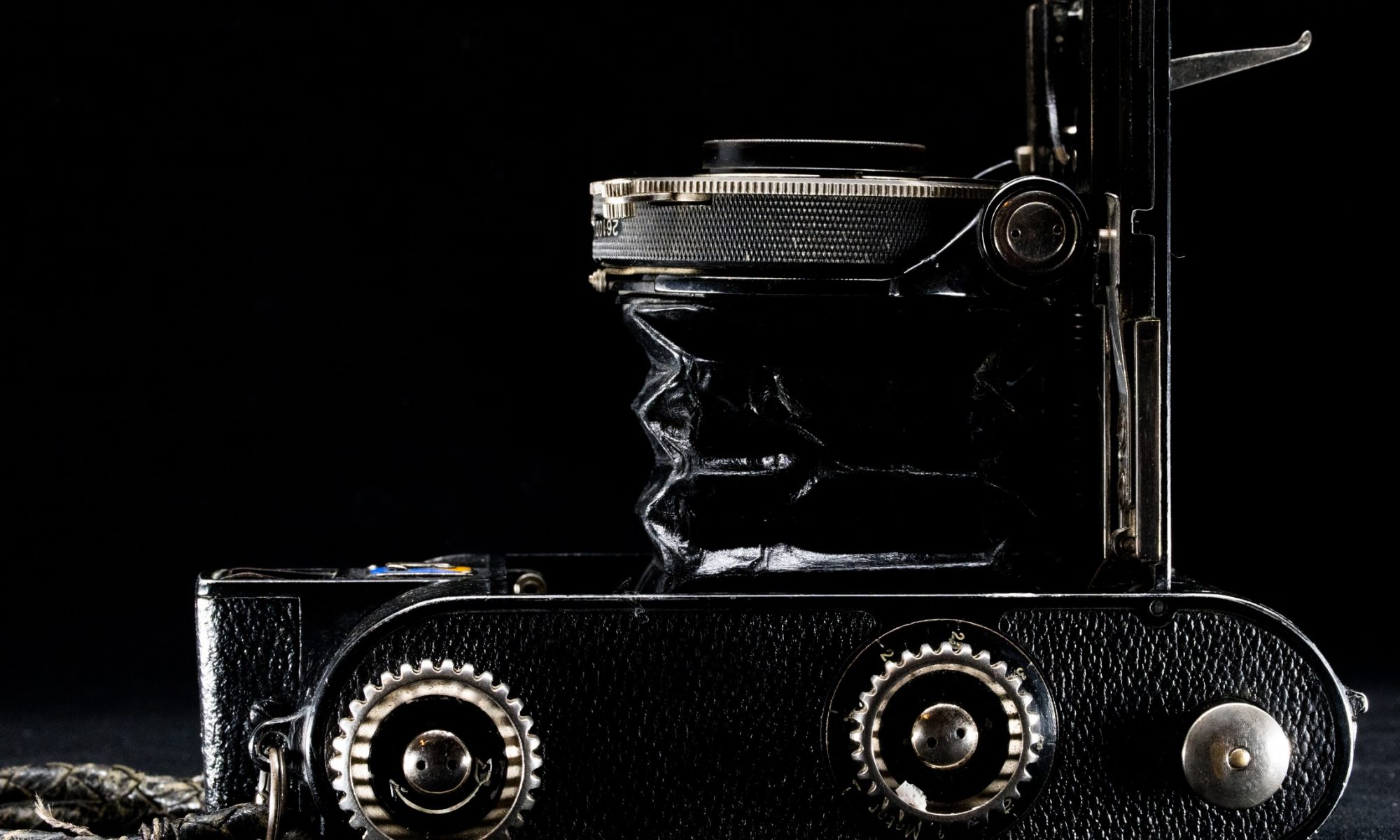 Mysterious, magical and the example of modernization from the 1930s: the Voigtländer Virtus, the signature industrial design of a series of model names such as Prominent, Inos and Perkeo. All deep black with striking gearstyle knobs. A camera way ahead of its time and at the same time fitting the worrying changes in Germany. Virtus carries connotations of valor, manliness, excellence, courage, character, and worth, perceived as masculine strengths.

There are few cameras that exude history as well as the Virtus. It is rightly one of the most sought after vintage cameras. A collector’s item with great historical value. Voigtländer, along with Zeiss Ikon and Leica, belongs to the top of old German camera makers. The Viennese company Voigtländer dates back to 1756 and started its optical instruments factory in 1849 (five years after the word photography even came into existence). Voigtländer went on to produce the first Petzval portrait photographic lens in that time. The numerous experiences from the nineteenth century served the company well for all innovations in cameras. There was always a Voigtländer version of all available types, a camera with its own lens of the highest quality and capabilities. Often Voigtländer was the first or one of the first with a technical innovation: the Prominent from 1932 with a rangefinder, world’s first zoom lens in 1959. Loved by the general public, recognized by the professionals, the company remained standing until 1971. Voigtländer was taken over by Rollei and finally sold via Plusfoto in 1982 to the Japanese Cosina where Voigtländer lenses are still in production.

What about the Virtus? Meant as a more modestly camera, not as fancy as its big brother, the Prominent and yet a lot bigger as its small sister, the Perkeo, it saw the day of light in 1932. A 3×4 (120 medium format) viewfinder camera with automatic parallax correction, which was very uncommonly placed at the narrow side of the camera. It suggests its mean purpose was for portrait photography and you had to turn it anti clockwise for landscape. The Virtus features the excellent Skopar f/3.5 75 mm lens (which I did not see before) in the also excellent Compur shutter, ranging from B(ulb) and T(ime), the slow 1,2,5, 10th of a second up to the already fast times of 1/250s. The aperture features F3,5-F25, which enables a good variety of Depth of field.

The camera premiered with a new automatic parallax correction which is coupled to the lens, meaning it corrects the focus difference on close objects between the lens and the viewfinder. I am always amazed at how good compur shutters are after even 90 years. The fast times work almost perfectly, just the slow times take a little longer than usual. The same applies to the bright lens, which is still completely free of fungus or haze and can be easily detached and cleaned if necessary. Like the better medium formats, focusing is not done by turning the front focusing cell, but helical whereby the entire lens is moved from back to front.

The winding of a 6×4.5 film (through the upper knob) can be followed through the two red viewing glasses on the back of the camera. The film numbers on the backing paper for ‘6×9’ roll appear first in the left window and are reused for the next shot in the second window. On the back is a metal table with a depth of field scale and fitting shutter speeds and apertures. Focusing is done manually, that is, estimating the distance (zone focusing) and turning the knob on the camera to the correct distance. The shutter is operated on the lens.

The leather bellows seem to me to be the most vulnerable part and for that I prefer not to fold the camera anymore. But still, the camera lends itself well to practical use. The camera is all metal and solidly built. Nice also is the braided leather wrist strap that also should not be exposed to heavy use, but does contribute to the typical look and feel of the vintage Voigtlander Virtus. The Virtus is a real gadget from the early days of 20th century photography. There are not many (good) copies left to find, but if one pops up every now and then on a market or auction, don’t hesitate to buy one. Although I too think, in the words of Indiana Jones, ‘it belongs in a museum’.

2 Replies to “The valor of Voigtländer Virtus”